The KFC gaming console is here, and it delivers way more than mere mortals can imagine. Forged from the hot fires of the KFC ovens, this sleek and incredible gaming console was built in partnership with Cooler Masters. Thanks to this gaming console you now have a tastier way to enjoy the latest titles in pristine 4k and 240fps.

Is the KFC gaming console real?

For the doubting Thomases, KFC gaming console is real. While it comes to many as a surprise, it leaves so much to imagine. Yes, we have seen tons of fast-food wars, but we never imagined a time would come when a fast-food chain like KFC will enter into the gaming console war.

But here we are, beaming in excitement and wondering if we are living in a simulation, following the official announcement from KFC regarding the fast-food giant’s first-ever console that should hit the shelves sooner rather than later.

With the KFC gaming console, you’ll not only be able to play your favourite titles at top-level specs but will also be able to keep your chicken warm while you play, thanks to a specially built-in chicken chamber that comes with the device.

Even though the company officially announced its proposed gaming console on December 22, 2020, there hasn’t been any official release date. While there are rumours that the console could launch later this year, we advise that you take this with a pinch of salt and wait for an official announcement from KFC.

Also, you can follow them on their respective social media account to get any date updates on the company’s proposed gaming console.

Yes, it may sound like a hoax, but let’s tell you straight away that the KFC console is super real. Thanks to the company’s partnership with computer cooling brand Cool Master, the fast-food giant will soon release a powerful gaming console with features you’ll not find in most conventional gaming consoles.

The console will deliver impeccable performance and will also come fitted with a built-in chicken chamber that keeps your chicken hot and crispy in between rounds while you enjoy your favorite titles.

As per specs, we learned that the KFC console uses Asus-powered graphics and an Intel Nuc9 chip. Plus, the game can run the latest titles in pristine 4k, 240fps, which is just insane.

How much will the KFC console cost?

As of the time of writing this post, there is very little information on KFC gaming console price, so if you’re among the millions of excited people asking how much will the KFC console cost, you’ll have to wait a little longer for official reports from the company.

But before then, we can tell you that it may not be as expensive as the PS5 or Xbox Series X, and that’s because Cooler Masters have a reputation for putting out cheap PC hardware.

Even though the console looks super powerful and features powerful specs like 240 FPS gameplay, 4K visuals, and ray racing, it may take some time before it is able to compete at the level of the Playstation and Xbox.

For now, we would keep our fingers crossed and see what happens in the next couple of months.

Battlefield 6 on course as EA partners... 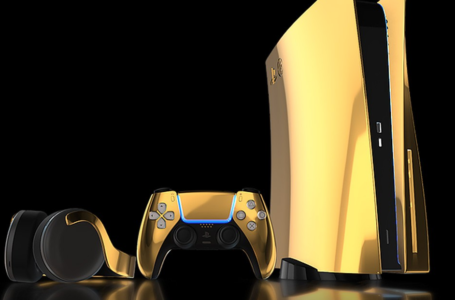