Criterion, the developer for Need for Speed has been enlisted to work with EA DICE to speed up the development of Battlefield 6. Even though the game suffered some minor setbacks due to the pandemic, it now appears that the game will meet up with its late 2021 release date.

While this news will no doubt thrill Battlefield fans, it may not sit very well with Need for Speed fans as Criterion agreeing to team up for Battlefield 6 means that the developer wouldn’t be able to work on the need for speed project. And from what we are hearing, the next Need for Speed has now been pushed back to 2022.

Speaking to Polygon, Laura Meile who is the chief studio officer at EA stated that the development on Battlefield 6 is going on without a hassle:  “the team has been working incredibly hard, they pushed hard last year, and yes, we have been working from home, […] And it’s hard; it’s hard to make games from home, and the [EA DICE] team is fatigued a bit.”

By partnering with Criterion, EA seems to have adopted an all-hands-on-deck approach as the company plans to make Battlefield 6 the best yet. Speaking on the current state of things, Miele added: “We have a great game and some incredible potential with this game. We’re playing to win; we’re playing to put a great Battlefield game out in the market.”

Even though we may not be seeing the next Need for speed this year, it refreshing to learn that EA acquired Codemasters. This gives the company some breathing space as regards the publisher’s racing game output.

While game racing fans will not see the next Need for Speed, we expect Codemaster to continue with the development of F1 2021, the continuation of the company’s annual Formula One licensed series. 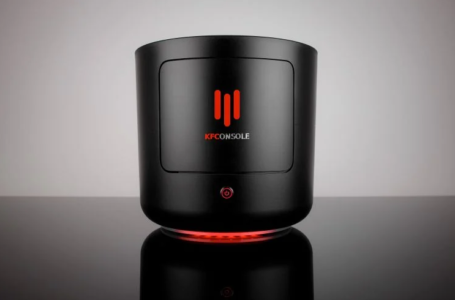 KFC Gaming Console: The only guide you...